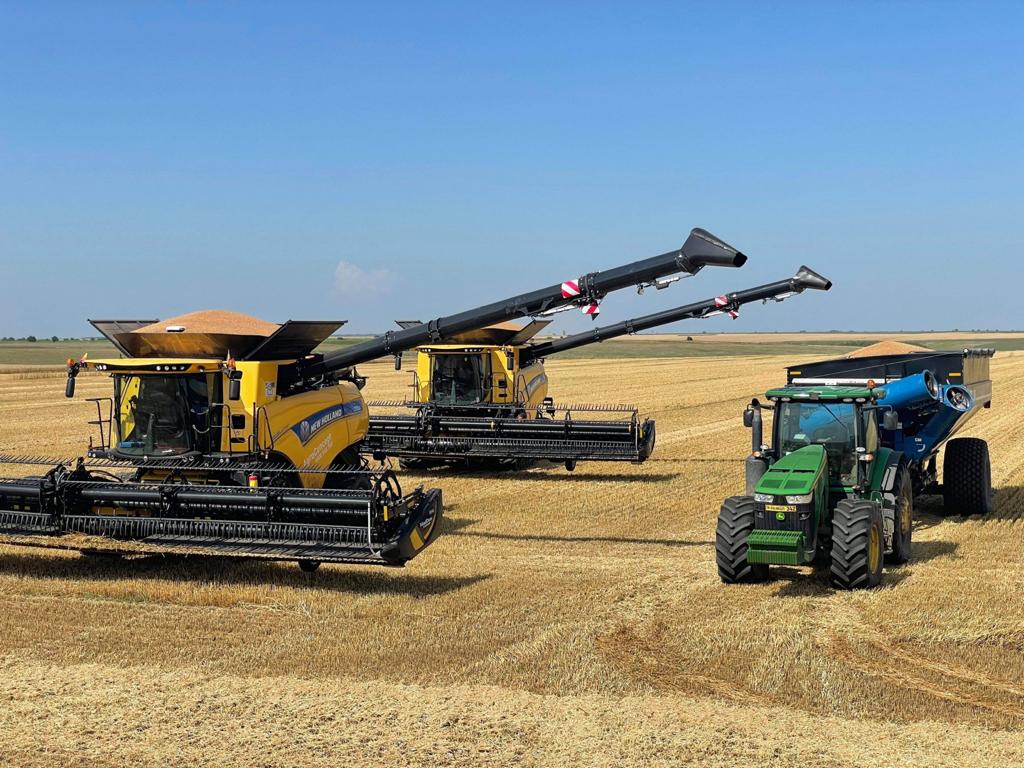 “We are pleased to have successfully closed this capital increase, the second since the company listed on the AeRO market of the Bucharest Stock Exchange. The trust placed by our investors in Holde’s development plans confirms our business’s growth and expansion potential. We thank them and we will capitalize on the raised funds for the company’s development. Agriculture is a business where investments are constantly needed to obtain generous and sound production volumes. At Holde, we have a motivated team with top experience in all aspects related to crop cultivation, land lease, financial, commercial, or social responsibility activities. Regarding the activity on the capital market, we are currently working on preparing the company for the transfer to the Main Market in 2023, a natural step in our evolution,” stated Liviu Zăgan, CEO of Holde Agri Invest.

During the EGMS from April 2022, the shareholders of Holde Agri Invest approved the increase of the company’s share capital by issuing 32,034,898 new class A shares. The operation was carried out in two stages, between June and August 2022. In the first stage, which took place between June 24 and July 24, 2022, Holde shareholders had the opportunity to purchase newly issued HAI class A shares based on HAIR03 preference rights. Upon completion of this stage, investors subscribed to a total of 10,288,970 shares, and the company raised approximately 17 million lei. The shares had a nominal value of 1 lei and were offered at a price of 1.65 lei/share.

On August 10th, 2022, was closed the second stage of the share capital increase operation. During this stage, 13,247,779 class A shares, which were not subscribed during the first stage of the share capital increase, were issued following the conversion of receivables in the total amount of approximately 22 million lei – certain, liquid and due receivables resulting from the sale-purchase agreements concluded between the company and the holders of class B shares within the buy-back programme approved in the EGMS from April 2022 and certain, liquid and due receivable held by the Sole Director towards the company.

The cancellation of class B shares acquired in the second stage of the share capital increase is subject to vote in the next General Meeting of Shareholders. The remaining approximately 400.000 class B shares, for which no buy-back contracts were signed, will be acquired until 27.10.2023.

After determining the total number of shares required to convert the receivables described above, an additional 8,498,141 class A shares that remained unsubscribed in the first stage were offered to investors during the private placement. During this stage, investors subscribed 2,362,320 shares, the company raising approximately 4 million lei, in addition to the amounts raised during the first stage.

“Today’s closing of the share capital increase operation brings us closer to our goal of increasing the profitability of our business, and we thank our investors for supporting us. Regarding the use of the raised funds, approximately 65% will be directed to the expansion of the operated land through the purchase of farms in counties such as Teleorman, Giurgiu, Călăraşi, Ialomița, but also Olt or Constanța. The remaining 35% will be used for investments in the modernization of existing farms to increase the company’s profitability significantly. The modernization of our farms includes investments in storage spaces, machinery, and irrigation, which can maximize production, but also in agri-tech projects with which we can have excellent synergies,” stated Iulian Cîrciumaru, Chairman of the Board of Directors of Holde Agri Invest.

Regarding the land acquisition, Holde intends to combine financing through the funds raised following the share capital increase with bank loans of 15% and 85%, respectively.

Holde Agri Invest shares are listed on the AeRO market of the Bucharest Stock Exchange as of October 1st, 2020, and are traded under the stock symbol HAI. The company has a market capitalization of approximately 118 million lei.

Holde Agri Invest is a company initiated by a group of Romanian entrepreneurs to develop it to become a leader in agriculture in Romania. Founded in 2018, the company operates approximately 12,000 hectares of land, organized into four core farms – Roșiori farm located in Roșiori de Vede (Teleorman county), Frumușani (Călărași county), Videle (Teleorman county) and Conțești (Dâmbovița county). As of October 2020, Holde Agri Invest is a public company listed on the AeRO market of the Bucharest Stock Exchange with the stock symbol HAI, and as of October 2021, the company is included in the BET-AeRO index of BVB, having the second largest share.