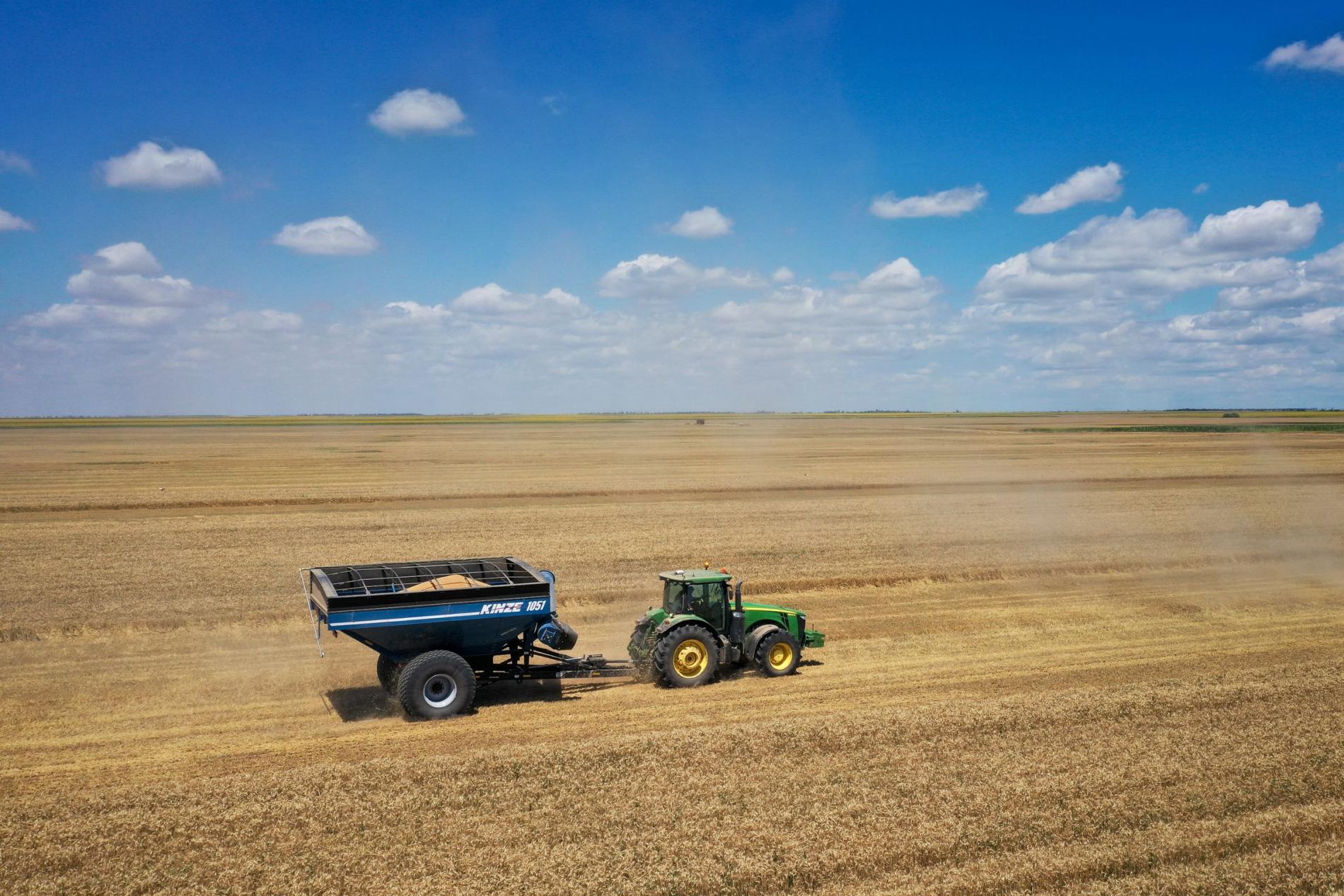 Bucharest, 26 November 2021 – Holde Agri Invest SA, a Romanian company operating farmland, posts a consolidated turnover of 46.8 million lei in the first nine months of 2021, 78% higher compared to the same period last year, and a net profit of 2.6 million lei, an increase of 77% compared to the first nine months of 2020. During this period, the company operated a total area of almost 8,500 ha in its three farms – Rosiori, Frumusani, and Videle, of which approximately 1,900 hectares were farmed organically. The total harvest obtained by Holde in 2021 from the 8,500-ha land was over 28,000 tons.

“2021 represents for us the beginning of the maturity period for our business. This year, we operated three production units – Rosiori, Videle, and Frumusani, of which the Frumușani farm recorded exceptional results. All our management systems have reached maturity and will be able to take over the effort to expand the operated areas more easily. The agricultural year 2021 was a good one from the perspective of productions and prices of capitalization of goods. Wheat and rapeseed production recorded high yields, with maximums of up to 8.6 tons/ha for wheat (6.6 tones/ha group average) and 4.3 tons/ha for rapeseed (3.7 tons/ha group average). The capitalization prices registered an increase over expectations this year, and we managed to take advantage of some of the record prices. Structuring our business requires time and patience. It means to increase the area we operate on and to improve our working methods. We are convinced that in time, and as a result of smart investments, the rewards will come both for shareholders and the Romanian agriculture,” stated Liviu Zagan, CEO Holde Agri Invest.

The increase in turnover reported by the company for the nine months period was mainly determined by the sale of products from its production, which reached 27.9 million lei, increasing by 45% compared to the same period last year.

In the first nine months of 2021, Holde Agri Invest carried out an investment program of 40 million lei financed from its sources and loans, respectively, bank loans and financial leasing contracts. The investments aimed at completing the acquisitions for Videle and Agro Fields Future farms, land acquisitions, technological equipment, means of transport, and the development of silage capacity setup. The company also invested in the AgroCity app and acquired a minority stake in Enten System, an agricultural technology company. In addition, Holde made the first investment in an irrigation project on 125 hectares on the Frumusani farm.

“This year, in the technology field, the AgroCity application in which Holde holds a minority stake provided the planning, reporting, and control of activities on our farms. Since the fall of this year, all our operations have been conducted with fully functional Trimble guidance systems. Regarding modernization efforts, we are pleased to mention that currently, all three Holde farms are either already equipped with modern machinery or orders for missing equipment that has a delivery deadline in early spring 2022 have been placed. Although we cannot conclude yet, we expect the 2021 results to be good considering the context of accelerated growth and the significant investment programs made on all functional areas of our business,” stated Iulian Circiumaru, Chairman of the Board of Directors of Holde Agri Invest.

As for the future, Holde has already signed contracts for approximately 3,000 additional hectares, which are in the process of technical audit and completion of acquisition transactions. To the extent that they are completed according to plan, the company will start next year with a portfolio of approximately 13,000 hectares of land and four core farms. Simultaneously with the area expansion, additional investments in equipment and silos will be considered and irrigation systems.

Holde Agri Invest shares floated on the AeRO market of the Bucharest Stock Exchange on October 1, 2020, and are traded under the HAI ticker. The company has a market capitalization of over 100 million lei and starting with October 11th, 2021, HAI shares are included in the BET-AeRO index developed by BVB for the AeRO market. In this index, Holde holds the second largest weight.

Holde Agri Invest is a company initiated by Romanian entrepreneurs with an aim to develop a Romanian farming market leader. Established in 2018, the company operates approximately 10.000 hectares of land, organized into three core farms – Rosiori farm located in Rosiori de Vede (Teleorman county), Frumusani (Calarasi county) and Videle (Teleorman county). As of October 2020, Holde Agri Invest is a public company quoted on the AeRO market of the Bucharest Stock Exchange with the symbol HAI.