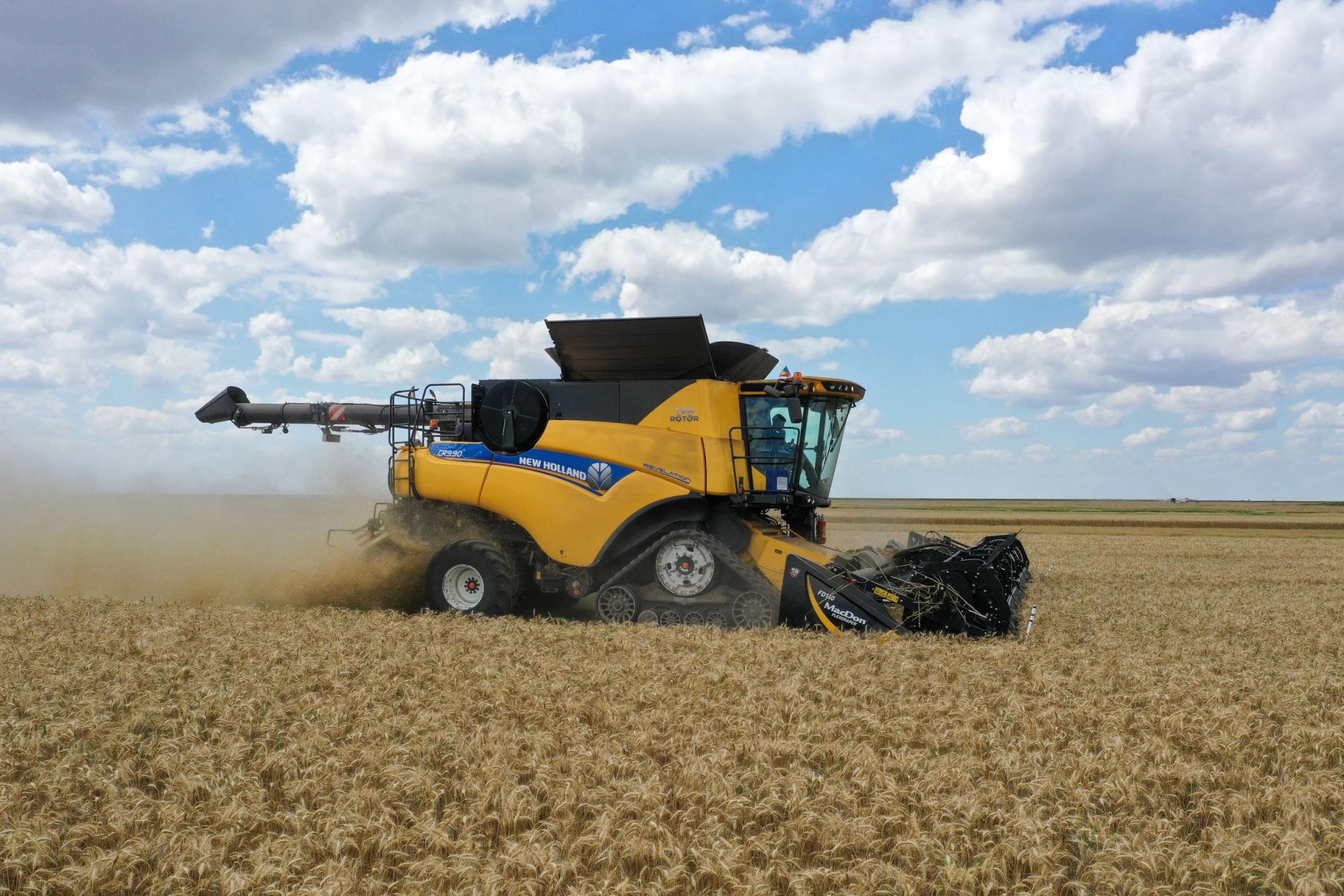 Bucharest, 06 September 2021 – Holde Agri Invest SA, a Romanian company operating farmland, reports revenues of 14.9 million lei in the first half of 2021, a 193% increase compared to the same period last year. In the first half of the year, the company made investments totaling 26.1 million lei, financed from own sources and borrowed capital, to modernize existing farms and expand the operated land area. For the entire 2021 year, the company estimates a total production of 32,800 tons, consolidated revenues of 57 million lei, and a net profit of 7.3 million lei.

“In the first six months of this year, we had an intense activity in terms of our business. Unlike last year, when the weather conditions were extremely harsh, and we had to deal with severe drought, things were different this year. We had many precipitations, and from this point of view, we believe, and we hope, that it will be a good agricultural year. The reported revenues represent almost a tripling of the result compared to the corresponding period of the previous year, resulting from an impact of the increase of the operated land and the capitalization of the favorable quotations of the agricultural products on the international markets. The seasonal specificity of Holde’s activity, from the accounting point of view, is that in the first half of the year, the company books the expenses associated with the formation of crops in the agricultural year and the financing of the current activity, while most revenues are registered in the second half of the year. From this perspective, we consider that investors should not consider the preliminary financial results as of 30th of June 2021 as a pro-rata image of the financial results of the company’s activity during the entire financial year 2021,” stated Liviu Zagan, CEO of Holde Agri Invest.

In the first semester of 2021, the company invested heavily in the three farms it owns by equipping them with modern machinery, increasing storage capacity, and irrigation systems. Holde purchased three new high-capacity combines and a series of other equipment necessary for carrying out precision farming. In June, the company started the modernization and extension works of its Calinesti silo. Holde aims to increase the storage capacity from 10,000 tons to about 15,000 tons and better manage it by implementing automation and adding equipment for cleaning the products before being stored. In the same area, a concrete platform of 4,000 square meters and a hall of 1,000 square meters will be built, which will serve as a mechanization base for the Rosiori farm agricultural machinery. The project is scheduled to be fully completed in October this year.

Moreover, in the Frumusani farm area, the company has completed its first irrigation system, a pilot project on 125 hectares, following a 1,7 million investment. The company estimates that the system powered by the Dambovita river will increase the productivity of corn and soybean crops in the following years.

In the first half of 2021, the company continued the investments in expanding the operated land area. In August, Holde acquired its third core farm after the Rosiori and Frumusani farms, respectively Videle farm. This one has a total area of 2,400 hectares of leased land. In addition to the operated land, the farm comes with its base located in Videle, ten employees, and a fleet of agricultural machinery that requires investments. In the next period, Holde will start modernizing the farm, the primary investments being focused on renewing the fleet and constructing a silo with a capacity of 10,000 tons. The company expects the farm to reach its maximum performance in a 2–3-year horizon.

“We are glad that we had a better agricultural year than 2020 and we managed to start the modernization and optimization projects within the existing farms. We also remain active in the agro-tech area. In this regard, we mention the additional funding of approximately 200,000 lei granted to the AgroCity project, convertible into shares, as well as the plans to acquire other minority stakes before the yearend, for amounts between 0.75 – 1 million lei, in two start-ups focused on developing technologies for agriculture. These investments represent opportunities to create additional added value for shareholders by subsequently monetizing the increase in the valuation of minority interests,” stated Iulian Circiumaru, President of the Board of Directors of Holde Agri Invest.

In terms of future investments, Holde is currently negotiating the acquisition of four new farms, transactions estimated to finalize before the yearend. After completing these transactions, the company will have integrated four core farms in the Holde concept, after Rosiori, Frumusani, and Videle. Transactions on the acquisition of the four farms are subject to due diligence procedures, which will be followed by the conclusion of acquisition contracts and related payments. The targeted land area is approximately 3,500 hectares, of which 350 are owned, and the rest are leased. The value of these four transactions amounts to around 33 million lei, including farm machinery, the leased land, and two own agricultural bases with specific equipment. Following the takeover of the companies, Holde’s team will grow with about 20 employees.

The company will partially finance these transactions with the 29 million lei amount attracted from BVB investors during the share capital increase operation carried out in July this year. The rest of the financing will come from bank loans. Holde expects to start operating the four farms partially in 2021 and entirely in 2022 and harvest the first crops in the summer of 2022. In terms of modernization investments, the company considers purchasing new machinery, constructing silos, and investing in irrigation systems of the operated land area.

If all the acquisition procedures are completed successfully, Holde will operate a total of 13,000 hectares and thus meet its 2021 target.

Holde Agri Invest is a company initiated by Romanian entrepreneurs with an aim to develop a Romanian farming market leader. Established in 2018, the company operates approximately 10.000 hectares of land, organized into three core farms – Rosiori farm located in Rosiori de Vede (Teleorman county), Frumusani (Calarasi county) and Videle (Teleorman county). As of October 2020, Holde Agri Invest is a public company quoted on the AeRO market of the Bucharest Stock Exchange with the symbol HAI.